Focused on serving youth and families, offering them alternative resources and tools so they can overcome the challenges in today’s world.

Education while in the program

An educational program approved by the Kansas State Board of Education is provided by USD 437. This program may include on and off-site special education or regular education experiences.

What matters most in choosing the best psychiatric residential treatment center for a child or adolescent?

Names and details have been changed to protect privacy. 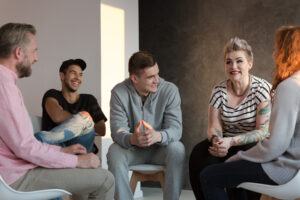 Tyler came to the PRTF in a very depressed and withdrawn state. In one of his initial meetings he shared that the majority of his social contacts in his home community were being made through online gaming. During his time at the PRTF, he experienced his treatment in stages (avoidance, resistance, and eventually acceptance) and was eventually able to grasp very complex therapeutic themes and apply them to his own situation. He was able to utilize the program to learn how to develop relationships with others and foster his natural leadership abilities. His mother described him on his discharge date as “a totally different kid”. Update: Tyler’s mom has shared that Tyler has adjusted well to public school and that he is developing healthy relationships.

While Ben was going through the program at the PRTF, he made great progress as an individual toward his goals related to the support required upon admission. Ben was also able to strengthen his bond with family and community supports. Update: Since his time at the PRTF, Ben has transitioned into independent living through Pathway Family Services, LLC.’s TRAIL program.

While at the PRTF, Cami was very focused on her treatment. She engaged in groups and individual therapy and returned to living with her family after discharge. She is one of the PRTF’s many success stories! 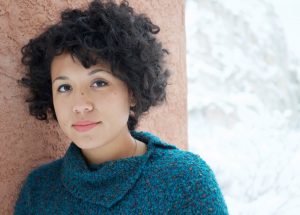 Cynthia came to the PRTF from a family that had a strong history of drug use. Over time, she began to build trust and strong relationships with the staff at the PRTF. Cynthia was able to work with multiple staff members and process some losses through therapy that have allowed her to be successful in the community thus far. Update: Cynthia has called PRTF staff many times to keep them updated on her progress and has verbalized many times her desire to do well and not continue to be caught up in some of the family norms she came to the PRTF with.

Trevor was able to complete his program at the PRTF successfully. He came in with physical aggressive behaviors, but he was able to process with his therapist and eliminate his acting out behaviors when he did not get his way. Trevor needed help with transitions and interactions with peers. Staff were able to help him adjust to changes and Trevor was able to build relationships with peers and staff while at the PRTF. Trevor was discharged live with a family member who was a positive role model in his life. Update: Trevor has been able to work through issues and rebuild family relationships.

Brandon’s mother placed him at the PRTF for self-harm and hearing voices. The doctor changed Brandon’s previous medications and he stated that he was no longer hearing the voices. Brandon worked with his therapist and staff on his self-harming behaviors and he successfully completed this program in less than 60 days. Update: Brandon and his mother have actively participated in family therapy processed through their family discord and have been able to strengthen their bond.

Our building was totally renovated to house Pathway Family Services’ programs. The Psychiatric Residential Treatment Facility is approximately 30,000 square feet and was opened in May 2010.

We know that this is a difficult time for youth and for their families, but we want to assure you that our knowledgeable staff will guide you through the process all along the way. It is our goal to provide kids with the tools to live happy and productive lives.

Upon admittance to our PRTF, our experienced case coordinators meet new residents and spend time with them so they can be evaluated for immediate care they may need. Our on-site nursing staff will also do a non-invasive medical exam to assess the youth’s overall well-being and to review any medications they may currently be on. Our medical staff is prepared to make sure our residents are getting the very best care. Residents are also seen at least monthly by the on-site psychiatrist and usually more often as needed.